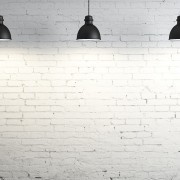 Austerity is defined as the reflection of an ideology that has been perpetuated in the consumer culture. It helps in legitimizing certain political ideology that undermines the citizens’ requirements and consumption practice. These beliefs in the society are reflected in the consumption patterns of the people. Branding a product showcases the role of the community and is a reflection of the community ideals. With the rise in capitalistic ideologies there is a tendency for the brands to categorize and try to establish a persona for the brand. This is in reflection of the consumer ideologies and is related to how the brands are perceived in the communities. From this the notions of cause branding has erupted in the societies. Cause branding has been gaining momentum in the recent years. It is considered to be a specific type of branding that is used to mix the ideology of cause and rising consumerization in the society.
An Argos scooter in pink color costs 5 pounds more than regular scooters. This austerity principle seems to affect the girl children in the society. This is not only seen in toys rather it is manifested in a number of portals. Owing to this there has been austerity principles disproportionation (Sassatelli, 2007). The brunt of the issues is felt by the girl children in the societies. Owing to this, the needs of the girl children are rationed while this is not the case with the boy children. Hence, this Let Toys be Toys campaign is expected to cause an impact on this aspect.
Capitalism is not perfect, but it is the only functioning system in the current times. There are social and personal costs to the notions of neoliberalism. Hence, there is a need to change certain facets of these economic systems to address the vulnerability. By creation of gender neutral toys and fostering a system where children are all celebrated would lead to more productivity in the societies (Gross, 2016). Lego brand had taken a number of pioneering initiatives to bring back gender neutral toys in the market (Robertson and Breen, 2013). Following this notion, it has been followed by other companies such as Toy r us etc.