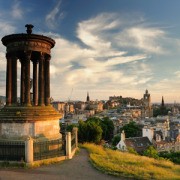 Volkswagen, a giant automobile manufacturer and marketer has agreed that they had used faulty software which was designed purposely to suppress the readings of the automobile pollution especially during tests conducted by the pollution authority (Adams, 2015). This software disallowed the readings to display it correctly and displayed a masked reading which was well under the limits of the emission requirements. The software was installed in diesel vehicles and had been termed as a defeat device to defeat the test requirements. Thus, when the cars got approved from the authority and hit the road, the emission from the cars was way above the prescribed limits and this converted in to massive pollution levels in the US and Europe where these faulty cars were primarily sold. The car company apologised for the same and sought to recall the cars and fixed the problem at its own cost and also paid the relevant duties and penalties to the government, but the unethical act cannot be undone and the direct and indirect impacts cannot be repaired. Loss of reputation is the biggest damage caused to Volkswagen as it recalled more than 11 million cars to be fixed, which unfortunately had been emitting poisonous gases throughout the countries without any trace.

The issue is of the utmost importance and essential to be analysed because the actions of the car company had been deteriorating the environment which in fact had indirect impacts on the health of people in the countries where the pollution emitting cars were roaming. The impacts are not insignificant as it had been recorded that due to pollution, especially of automobiles, there had been registered deaths of man citizens due to cancer and other life threatening diseases. The consequences of imposing a life threatening disease on to people as a result of the action of the company is a human rights issue and must be addressed and suppressed to avoid its recurrence in any form whatsoever (Sandel, 2009). The issue is also important for society and government because such actions and the rectification applied will produce some impacts on the future actions of the car industry. This is because other car manufacturers will identify the case and study all consequences and probably shape their future action, strategy and approach towards customers, environment and the government. The issue has significant relevance in the global industry and many countries will alter their regulations of the testing methods, the approval stages may get more delayed, lengthy, and stricter. This could lead to a possibility of the car industry adopting a new approach of marketing their cars ethically and safeguarding their goodwill (Hotten, 2015).