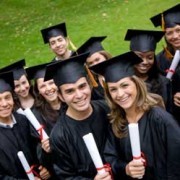 The President at the time did not give the direct mission order to capture Osama Bin laden. It was observed that before 2001 there were 30 years and more of civil war in Afghanistan. The United States was involved with only a peripheral support for the country. It had sympathy for its stability and aided the country by means of the US diplomatic programs. As understood from the research works, it was only when there was a perceived security threat to its own state that United States worked on a policy of identifying the Taliban head and taking him out.
Prior to 2011, the US supported covert operations. However, it was neither directly involved in the situation of restoring Afghanistan stability or supporting it with any real strategy. In the International relations agenda of the United States, it could be argued that Afghanistan did not play much of a role with respect to its diplomatic, information, military, economic or intelligence relations.
This was to change after the September 11, 2001 incident. After the attack on the United States, the country retaliated. This time the United States had an agenda and a strong interest in Afghanistan. Years of foreign policy attempting to at least maintain diplomatic relations with Afghanistan was to take a beating, as President Bush gathered his forces. This was a time when diplomatic and military plans were drawn up (Samples, 2011). The national security team allied with the Central Intelligence Agency set out a plan for conducting a series of operations for infiltrating Afghanistan and even working with some of the warlords of the state to fight the Al Qaeda (Junta, 2013).
The theory of realism is appropriate to understand why the United States decided to attack Afghanistan when its interests escalated. Realism is an international relations theory. This theory believes that a realist state would be motivated to act internationally to protect its own interests and the national interests, “that statesmen think and act in terms of interest defined as power, and the evidence of history bears that assumption out” (Morgenthau, 1985, p.5). Even if it appears like it was acting for some moral concerns, the truth would be that it was motivated by national interests (Morgenthau, 1952). Realism is more like a foreign policy that has its roots in national interest and is driven by power (Kissinger, 1994). This is a logical understanding that almost all states will seek to ensure that they have political autonomy and they will seek to protect their interests as much as they want to stay powerful. They want to protect their national integrity. When both these interests are protected then the states would seek to secure land, resources, and other economic interests to further their security. Only some states would choose to remain without action in international relations. The United States has shown for a long period that they would seek to protect their interests.