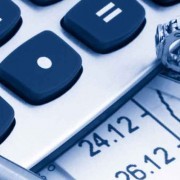 Revenue-Neutral Carbon Tax is a taxation policy under which carbon tax rate was initially fixed at CAD 10 per tonne of carbon dioxide equivalent emissions in 2008. The carbon tax rate was gradually increased by CAD 5 per tonne each year. Since the year 2012, the carbon tax rate has been fixed at CAD 30 per tonne of carbon dioxide equivalent emissions (The Official Website of The Ministry of Finance, British Columbia, 2017). Every dollar engendered by the carbon tax is returned to British Columbian citizens through reductions in their other taxes, thus rendering the tax policy revenue neutral (Adger et al, 2009). The reductions in taxes include-
diminution of 5% in the first two personal income tax rates
low income climate action tax credit
Homeowner benefit of up to CAD 200
Decreased general corporate income tax rate
Reduction in the small business corporate income tax rate
An industrial property tax credit
For being a well-planned and implemented innovative idea, Carbon Tax Policy became the recipient of the prestigious United Nations’ Momentum for Change Award in 2016 (Burch, 2010). As per the data published in the Revenue Neutral Carbon Tax Plans and Reports, amid 2008-09 and 2015-16, the carbon tax policy could garner approximately CAD 7.3 billion and register offsetting tax reductions of approximately CAD 8.9 billion, that were conveyed into an appraised net benefit of approximately CAD 1.6 billion to the British Columbian taxpayers (The Official Website of The Ministry of Finance, British Columbia, 2017). The carbon tax rate is further bifurcated and based on the type of fuel used.
This taxation policy has lessened fossil fuel consumption and significantly contributed in reducing greenhouse gas emission. To avoid paying the carbon tax, citizens of British Columbia have started making cleaner choices such as biking/ walking instead of driving. The businesses, on the other hand, have begun usages of cleaner alternatives by swapping to heat exchange systems and renewable energy (Fieldman, 2014). Since the introduction of carbon tax, British Columbia’s greenhouse gas emission has reduced by 5.5% (The Official Website of the Government of British Columbia, 2017).