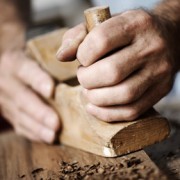 If it was not for Socrates to have learned the basic nature of life and the best nature of a state, Plato, and then Aristotle, would never have developed their ideas that became ideologies. A simple thought or a small perception of idea in Socrates turned it into the best knowledge that any individual and state can ever have to prosper collectively. These events can never be denied their due credit in providing knowledge which is considered rare, intellectual in its every sense, and to have emerged without divinatory perception. Hence, research methods are mechanical in their very nature. This is because simple divinatory perception in great philosophers, Socrates and Archimedes, gave us renowned yet compelling ideologies that, even to this day prove their legitimacy and practicality in execution. As Descartes (Smith, 2013) stated about the origin of knowledge,“I am certain that I can have no knowledge of what is outside me except by means of the ideas I have within me”.
Appelbaum is absolutely correct in calling research methods as giving in to mechanical replacement for divinatory perception. Any knowledge that originates is first and foremost perceived, without which it can never grow as desired and as directed by the mind. Perception is the first stage of learning, and it must be given the credit that is due. Visual images and perceptions when analysed concludes that images makes an impact and forces the viewer to direct his thought. More so, the direction in which a thought is directed is merely relied on the powerful factor of influence, either social, political, epistemological, personal experience, or borrowed opinion. In abstract terms, research methods have to go back to the origin of knowledge and this origin is causeless to be perceived or conceived. This makes the methods irrelevant in their reliance and validity.
In addition, qualitative social science research cannot be relied upon as it gives divisive conclusions, rather indefinite ones. Researching and banking on previous ill-equipped assumptions is mere ignorance of the researcher and of the method itself. Researches are carried out for enhancing a motive pre-planned, making it one-sided and restrictive of the broadness of knowledge that can come with divinatory perception. When researches are aligned to one way of thinking, divinatory perception stays away, making them mechanical in nature. Archimedes and Socrates are great examples of how simple divinatory perceptions manifests itself to the world and a mechanical method of research is rejected, which is nothing but its mere replacement.