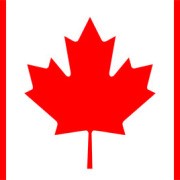 Photojournalism primarily deals with the process of converting every image into a form of news story so it is not only easily understood but also well understood and honest. The task of photojournalism becomes tedious when there is huge crowd in the photograph conveying different things. However, in this paper, it is about the historical picture of Marlene Dietrich who tried to kiss a soldier on his return to home. The photograph does have a message to tell to the audience and portrays the nature of situation that exists in the past. In this paper, the photograph is reviewed and discussed in depth.

Dietrich had a strong interest towards politics and she is concerned towards social welfare which is why she had turned down the offer from Nazi Party to perform in Germany. When US entered into the World War II in the year 1941, she worked for enhancement in war bonds given to the soldiers. Soon after that, she worked closer with situations involving soldiers and army (Bach, 1992). Her association and interests apparently insisted the photographer to capture such a picture that can remain extremely effective to people.

Monticello is a ship that was acquired by US during World War II where it will be used as American troopship. The photo shows the 2nd infantry division that is getting back to New York on July 1945. When the soldiers had spent their days in Europe and Czechoslovakia during the war, they eventually had their next halt in New York where the photographer thought of this idea. Men in this picture are soldiers and they are enjoying the part of lifting her to let her kiss a random GI on a ship that has just made its way to New York after the war. This implies that the context is essentially war period and it was a vintage photography style followed.